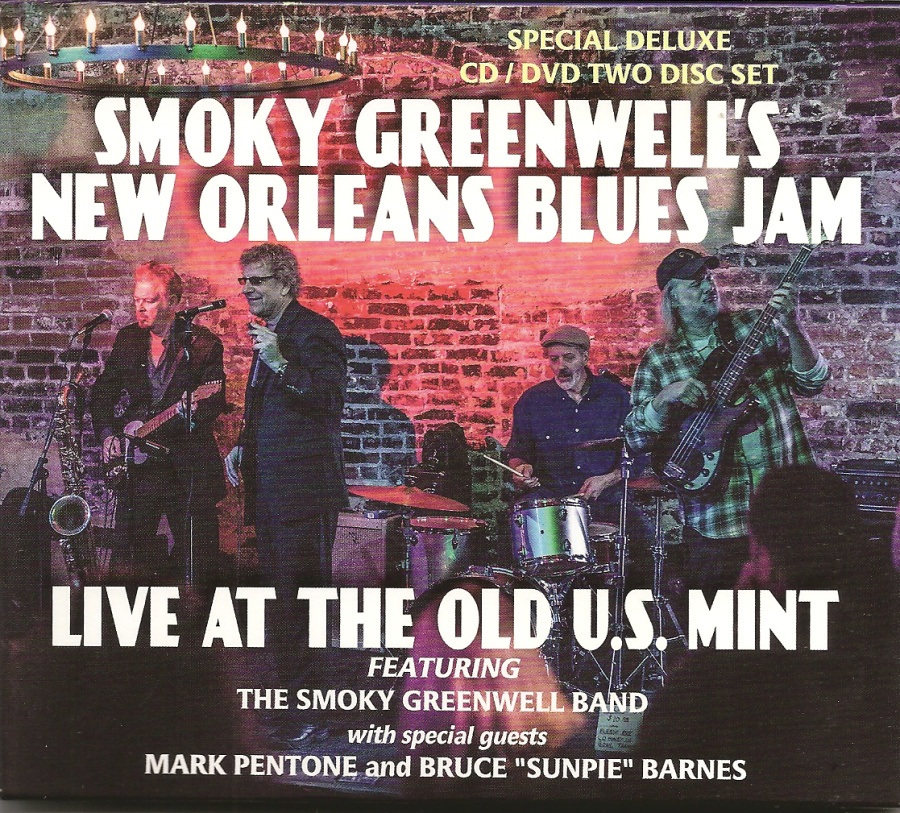 Live at the Old U.S. Mint

When the word “blues” comes up for discussion in New Orleans musical circles, the name Smoky Greenwell is certain to be mentioned. Since taking up the harmonica in the 1970s, he has performed with a virtual who’s who among nationally and locally renowned musicians, in addition to fronting his own blues bands for many years. This CD, which also includes a DVD, was recorded live in the Performing Arts Center of the Old U.S. Mint and consists mainly of songs Greenwell has studio-recorded at other times in his long performing career.

“Backed by his longtime core group of Jack Kolb (guitar), David Hyde (bass), and Pete Bradish (drums and vocals), Greenwell is joined here by the talents of Bruce “Sunpie” Barnes on accordion and vocals and Mark Penton on guitar. For Smoky Greenwell fans who enjoy his live shows, this record and the DVD that goes with it are must haves.”
—Breakthru Magazine

There are no reviews yet.

Be the first to review “Live at the Old U.S. Mint” Cancel reply